Scaling up sustainable bio-feedstock supply chains is a big challenge for many companies and organisations in the transition to the circular bioeconomy. This is touching on different parts and dimensions of innovation. It is about identifying bio-feedstock potential that does not harm but strengthen biodiversity and contributes to carbon sequestration, logistic challenges, transparency, technical innovations and cooperation.

In four masterclasses, organised by the Platform Duurzame Biobrandstoffen, it is examined how to identify and develop sustainable bio-feedstock supply chains for biorefineries. The purpose of the BioMob is to create a network of frontrunners in sustainable bio-feedstock mobilisation. There is a focus on different approaches for biomass mobilisation and dimensions of innovation such as governance, logistics, commodities, policies and revenue models. The three masterclasses looked into the following bio-feedstock strategies: 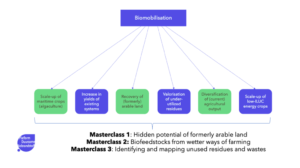 The subjects were divided in the following Masterclasses:

A short summary for each Masterclass is provided below. A more detailed summary can be found in the linked PDF-documents.

Based on the study on actual land availability in Europe by WUR, it was shown that since 1975, 36 million hectares of land were abandoned. Socio-economic drivers are mostly contributing to this land abandonment. Specific bioenergy crops could be grown that are suitable for growth on bad soil conditions.

Calculations of the bioenergy potential on marginal lands

A preliminary calculation of Platform Duurzame Biobrandstoffen revealed that growing those crops could generate up to 4,680 petajoules per year. This underlines the relevance that promotion of marginal land cropping should play in EU policy and legislation, which was also a recommendation from the presentation of Berien Elbersen. She stated that we should more focus on ‘’win-win’’ situations where the abandonment of land is prevented, and sustainability is promoted. Related to the latter aspect, a light was shed on the concept of low-iLUC crops and the European legislation referring to this, along with the concept of recovery of formerly arable land.

The notion of win-win situations returned in this second masterclass, in which we analysed and discussed the potential of mobilising wet biofeedstocks.

The first identified potential wet biofeedstock is seaweed, which has the main advantage over conventional feedstocks that they are grown in water and do not compete with food and feed crops over land. A preliminary study showed a total bioenergy potential of 350 PJ per year, when 5,000 km2 could be made available for seaweed cultivation.

The second part of the masterclass focussed on peatlands, which are currently a large carbon source due to the drainage management needed to make them suitable for agriculture. Globally, peatlands emit 2 Gtonnes of CO2eq per year. Degraded peatlands could potentially be rewetted again, and so-called paludicrops which are tolerant for high water levels can be grown on it to create an alternative business model on these lands. An interesting business case can be constructed for bioenergy production on these rewetted lands, along with the carbon savings that would results from rewetting. Studio gear Up calculated the bioenergy potential of the currently drained agricultural peatlands in Europe. Their results show that if a total area of 7.7 million ha in Europe would be used for paludiculture, a total bioenergy potential between 130 and 1,680 PJ could be achieved. This depends on the selection of so-called paludicrops which are suitable to grow on wet conditions. Hans Schutten from Wetlands International gave some good practices of rewetting in combination with benefits for local communities, creating win-win situations for all stakeholders. For example, he mentioned the case of Russia, where a large area of peatlands are rewetted again to reduce the risk of drained peatlands fires.

With the past two masterclasses in our mind, the question rose which other bio feedstock streams are not fully developed yet/unused/waste. We identified that there are (big) streams of waste and residues which are currently not utilised, or simply thrown away. The highest hidden potential is within the agricultural sector, where large waste streams occur in cultivation, and large residue streams occur when (too much) residues are left on the field. This was confirmed by Wolter Elbersen, who showed a previous study of the EU S2Biom project in which is stated that of the baseline potential, about half of biomass potential is currently used. There should be more attention for maintaining functionality when using residues and waste, and he highlighted the database that the WUR is currently working on, in which current applications and information of biomass residues are collected so that high functionality can be aimed for.

The presentation of Susan van der Veen highlighted the idea of the BioHub, which was first conceptualised by participants during the 2018 BioMob organised by the Platform Duurzame Biobrandstoffen. This concept allows to align the ecological and economic needs of local stakeholders with the economic and sustainable interests of other actors within the value chain.

Lastly, a light was shed on the importance of data science when identifying maps and residues. With the use of “web-scraping”, sparse time can be saved and more information can become available on potential uses of wastes and residues.

Wrap-up and summary of all masterclasses

In the last masterclass, knowledge and data was combined to gather insights into the total potential advanced biofeedstock availability. In total, this could rise to 11,995 PJ per year based on preliminary data and analyses. Data for the bioenergy potential from abandoned lands and peatlands were derived from analyses of studio Gear Up, the potential of seaweeds from a study of CE Delft mentioned in the presentation of Jaap van Hal (TNO) and data for the bioenergy from residues and waste was based on a study of Imperial College (click here for the webinar related to this study).

Although this data approach was exploratory and includes certain assumptions, it does show a high potential of feedstocks which are however currently underdeveloped yet. More attention is needed to develop business cases with secure and sustainable supply and demand chains to speed up the transition towards a biobased economy. 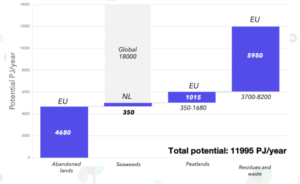 In the last masterclass, an inspiration and writing session will be organised to bring knowledge together and to formulate advice for e.g. ministries, companies and suppliers within the biorefinery sector. You can click on the image below to go to the official invitation. 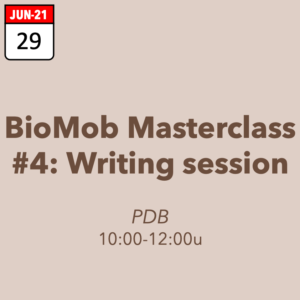 Some key documents related to biofeedstock availability are linked below. You can also check out our library for further relevant documents. 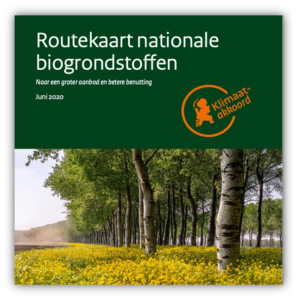 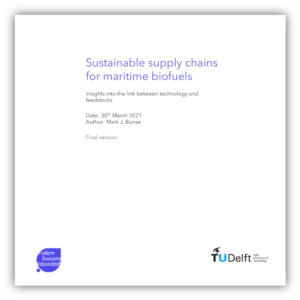 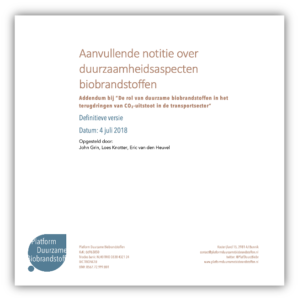 Bio-hubs as keys to successful biomass supply for the bioeconomy

Analysis of actual land availability in the EU; Trends in unused abandoned land and degraded (non)agricultural land and use for energy and other nonfood crops 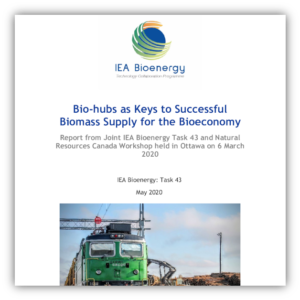 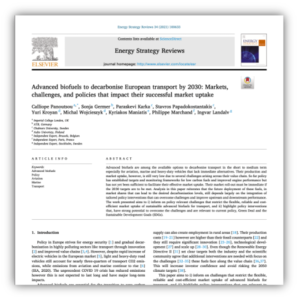 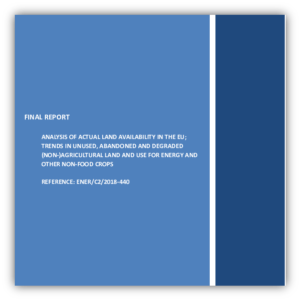 Biomass in the balance: A sustainability framework for high-value use of bio-based raw materials

Biomass potential in the Netherlands 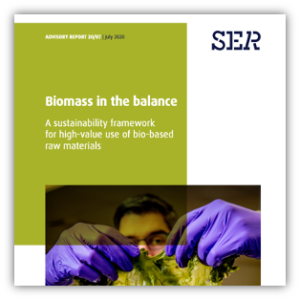 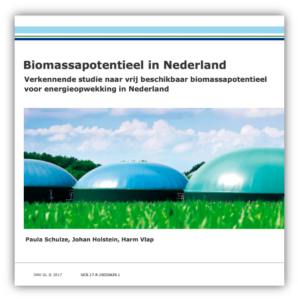 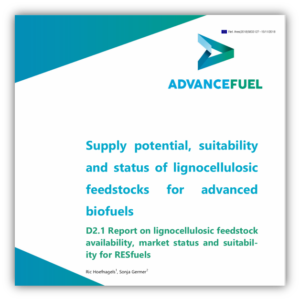