Llyods-UMAS rapport Zero-Emission Vessels 2030. How do we get there?

Zero-Emission Vessels 2030. How do we get there? 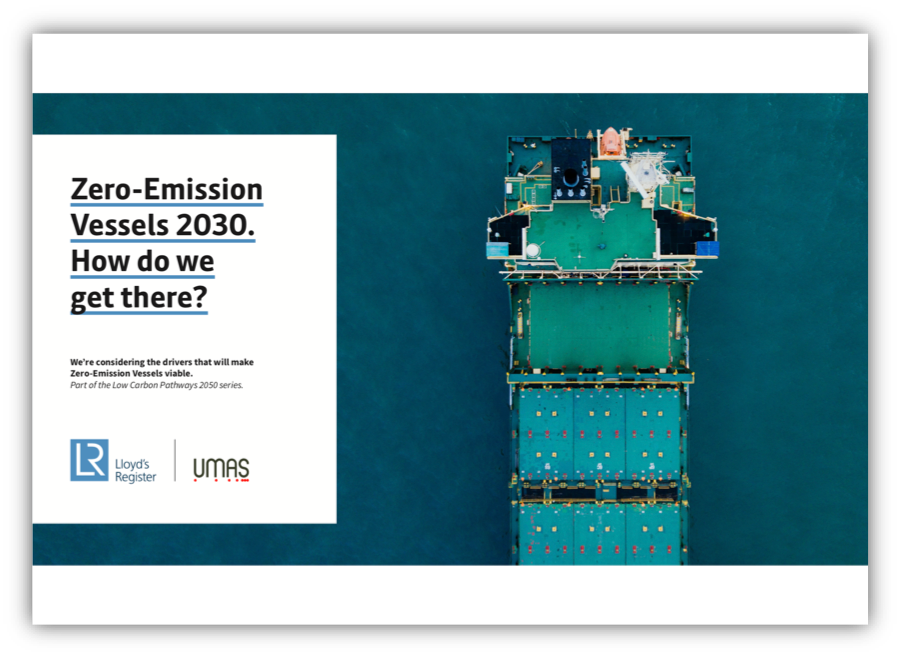 “Overall, biofuel is the most profitable zero emission solution”.

“To achieve this  ambition [ten tijde van de publicatie van het rapport was er nog slechts sprake van ambitie, PDB], Zero-Emission Vessels (ZEVs) will need to be entering the fleet in 2030 and form a significant proportion of newbuilds from then on. This transition to a new mix of fuels now has broad government and industry buy-in. It is inevitable that a policy process starts with the definition of the objective,but the question we are increasingly asked is: How are we going to achieve this in practice? In order to answer this, in collaboration with UniversityMaritime Advisory Services (UMAS), we started by asking shipowners what they were looking for. We found that anumber of considerations were important. In particular, they wanted the options to be viable at a moderate carbon price (e.g. $50/tonne CO2) and without too great an increase to the capital cost of the ship. They were alsokeen to ensure that we don’t just move the impact of theCO2 emissions upstream, to the electricity generation or fuel production process. To test these requirements, we examined seven technology options applied to five different case study ship types. These options consist of various combinations of battery, synthetic fuels and biofuel for the onboard storage of energy, coupled with either a fuel cell and motor, internal combustion engine (ICE); or a motor for the conversion of that energy store into the mechanical and electrical energy required for propulsion and auxiliary services.”

“Overall, biofuel is the most profitable zero-emission solution, followed by ammonia and hydrogen (synthetic fuels) with internal combustion machinery. Hybrid and electric solutions, which require large quantities of batteries at high capital cost, are the least competitive.However, the relative profitability of hydrogen and ammonia changes under different scenarios, since theprices for these fuels vary. The order in which ZEVs appear based on their profitability (from the highest tothe lowest) is the same in all scenarios.”