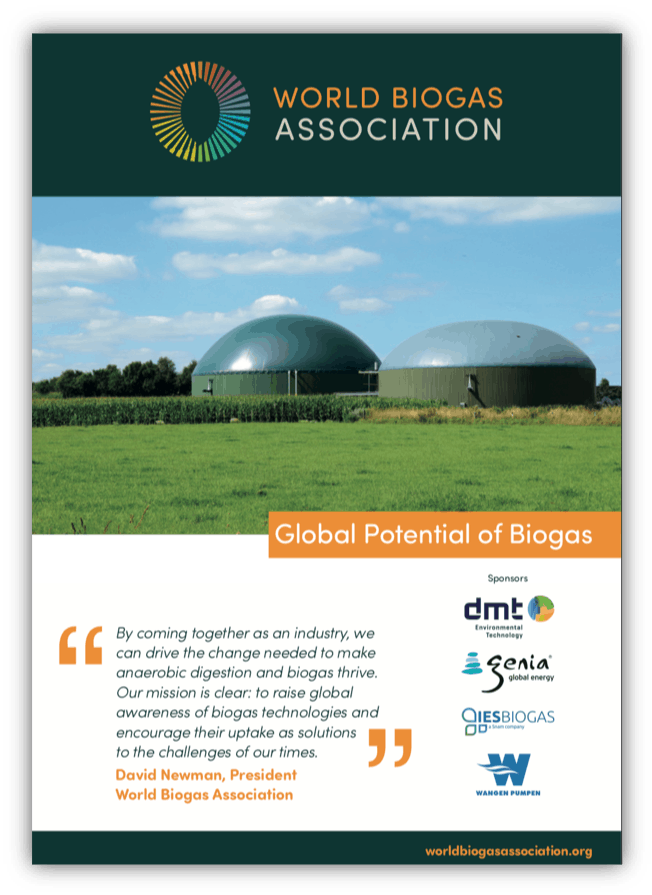 This report by the World Biogas Association aims to “highlight the potential of anaerobic digestion as a technology to generate renewable energy, abate GHG emissions and recover nutrients, as well as the role it can play in meeting the climate change targets under the Paris Agreement”. It looks into the renewable energy and GHG abatement potential of the anaerobic digestion (AD) of food waste, sewage, farm wastes and agri-industrial process wastes. The AD industry can reduce the amount of methane entering the atmosphere by capturing it from these waste streams and transforming it into electricity heat or fuel.

The report gives an overview of the availability of these resources, the potential for using these waste streams and their potential benefits. Next to the energy and GHG abatement potentials, the report argues that AD can help the achievement of many of the UN Sustainable Development Goals, such as contributing to food security, improving urban air quality and improving health and sanitation.

The report finds that AD has the potential to reduce around 10-13% of the current greenhouse gas emissions. This would require a sustainable capture of all the waste streams analyzed. AD’s energy generation potential could “meet close to 6-9% of the world’s primary energy consumption: at a global level it could meet 23-32% of coal consumption, 16-22% if used as electricity, or 26-37% of natural gas consumption”.

“Livestock manure and crop residue were found to have the greatest energy generation potential, followed by energy crops”. Livestock manure also has the greatest GHG abatement potential. Food waste’s GHG abatement potential is not relatively high but it has the highest impact in an urban setting, while “sewage and landfill capture offer the easiest implementation pathway, since no collection and transport of feedstock is required”. 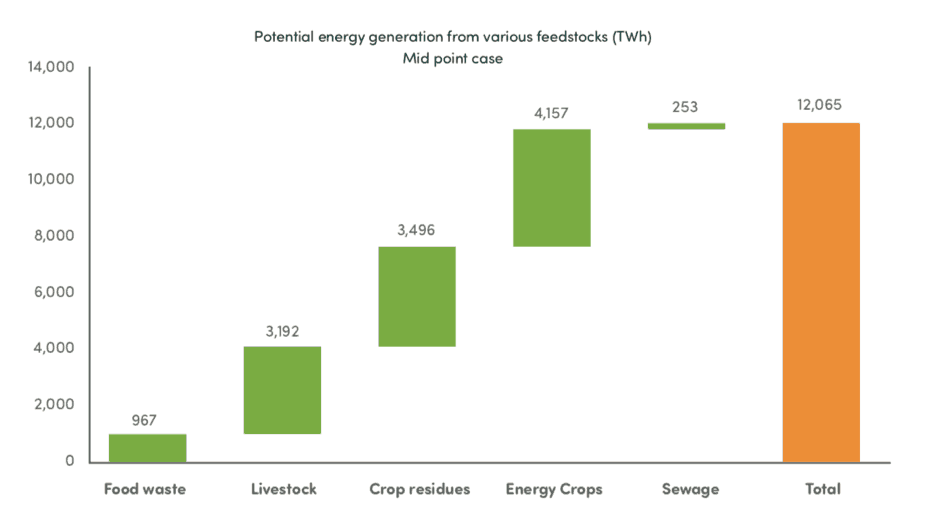 The report ends up by emphasizing that there is a great potential for the growth of the biogas industry, but that it requires adequate policy support and investment security. Some of the policy recommendations include: (1) the removal of all fossil fuel subsidies to create a level playing field, (2) national energy plans raising the level of renewable energy production and consumption and incorporating the production of biogas through AD in the targets and (3) carbon markets to incentivize the GHG abatements of AD.

More information on the World Biogas Association is found here.