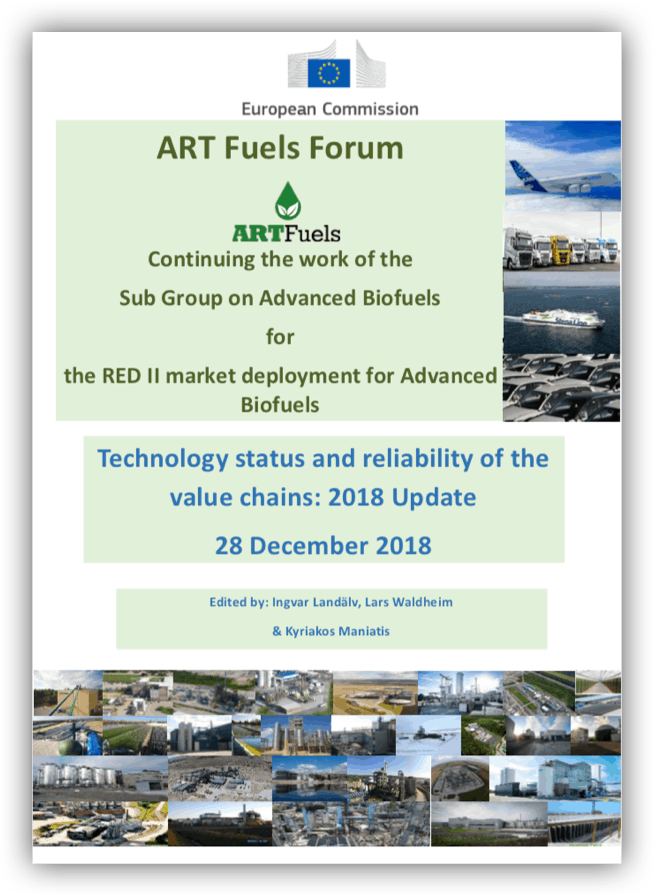 In 2017, the Sub Group of Advanced Biofuels, part of the Sustainable Transport Forum provided an overview on the developments in the value chains of advanced biofuels, renewable fuels and low-carbon fuels initiatives in Europe. The 2017 reports can be found here. They consisted of a final report, a technology status report and a report on costs of biofuels.

Under the umbrella of the Alternative Renewable Transport Fuels Forum (a EU project assembling the industrial technology development initiatives) and on-going project under the IEA Bioenergy Technology Collaboration Platform (collaboration by over twenty countries) study of the future cost of biofuels, an update of the SGAB report “Technology status and reliability of the value chains” has been published, including new and emerging technologies.