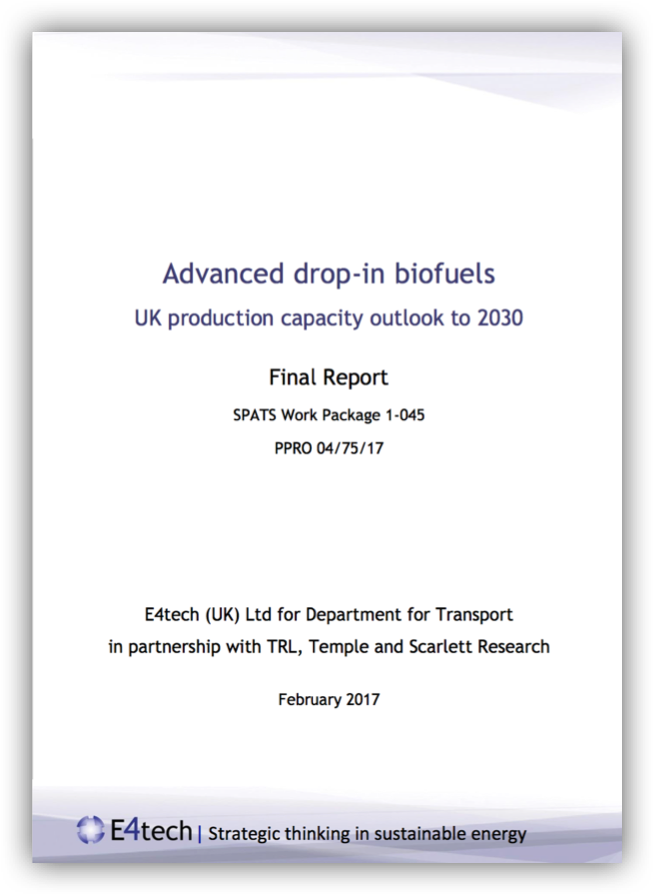 Under the Climate Change Act 2008, the UK has ambitious decarbonisation targets, which aim to reduce greenhouse gas emissions by 57% (from 1990 levels) by 2030 and by at least 80% by 2050. Decarbonisation across all transport segments and modes will be vital in order to meet these targets, and it is likely that advanced biofuels will form a key part of transport decarbonisation. Advanced drop-in biofuels, defined here as long chain hydrocarbons derived from biomass wastes and residues, which are able to substitute diesel, gasoline and jet fuel without infrastructure or vehicle changes are particularly attractive to segments of the transport sector which are difficult to decarbonise via electrification, such as shipping, aviation and heavy duty road vehicles.

The assessment of UK waste and residue feedstock potential indicates that the greatest opportunities currently for locally available supplies are the biogenic fraction of household, commercial and industrial wastes; straw from cereal cropping; and the co-products and residues of the timber value chain. Due to a significant number of competing plants (such as EfW incinerators) which are anticipated to come online between now and 2020, it is anticipated that feedstock access will become increasingly challenging. So, while there should be sufficient feedstock available in the UK for early deployment of advanced biofuel plants, the potential is expected to become significantly more constrained in the period to 2030. Longer term deployment in the UK would therefore need to rely more on feedstock imports, or switching feedstock use from power to biofuel applications. 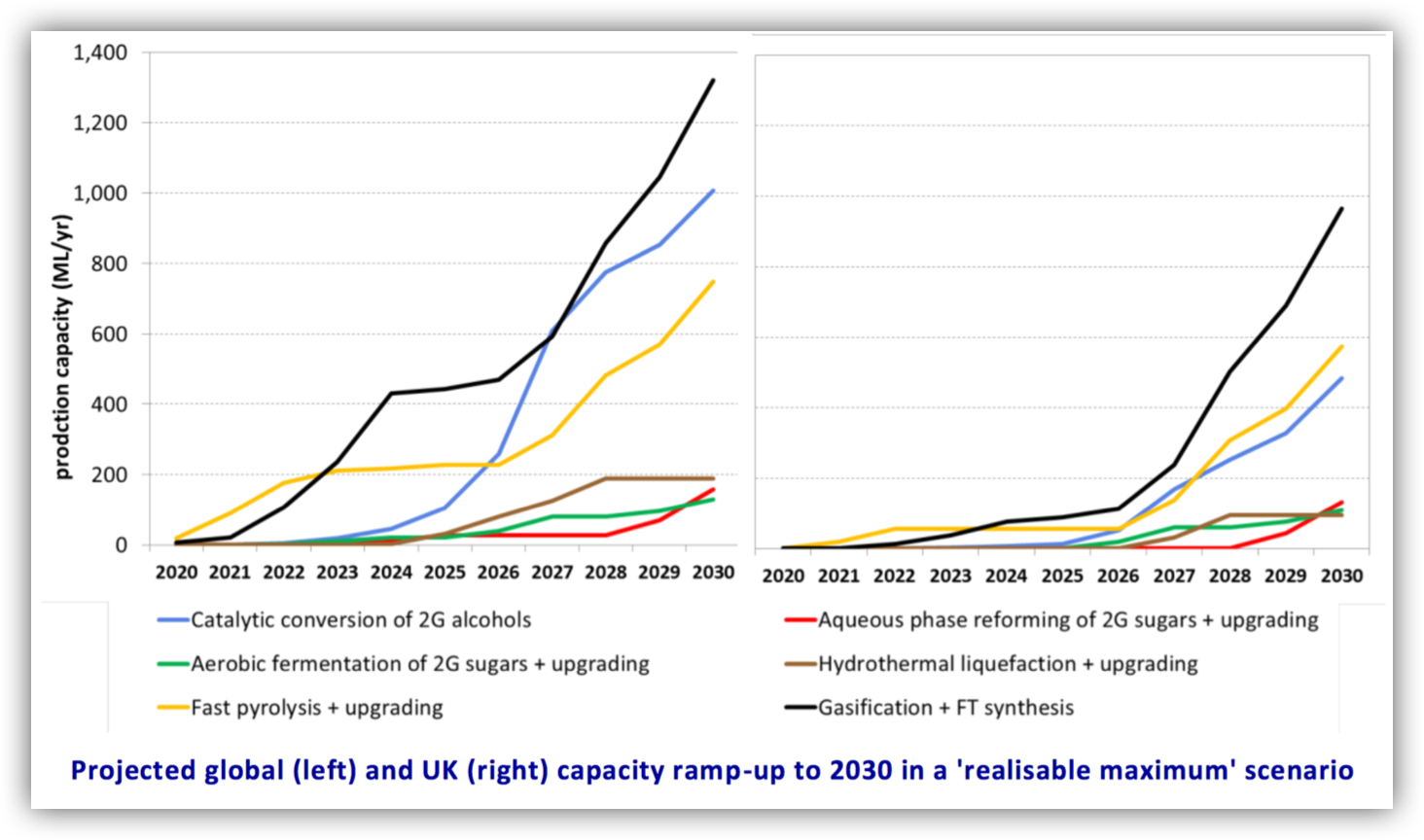 A ‘realisable maximum’ or best case scenario broadly assumes an environment in which technology and feedstock development are supported by stable, long-term and sufficiently attractive policy support, plus widespread availability of finance. However, industry growth rates are still limited by the small number of technology developers in each route, as well as the time required to scale up and demonstrate reliable operation of each technology. Those technologies that achieve the greatest capacity globally by 2030 are those with the highest TRL (gasification + FT, pyrolysis + upgrading), or those able to be scaled up the fastest (catalytic conversion of 2G alcohols). Those technologies with the lowest total capacity by 2030 are those at the lowest current TRL, or with the fewest developers.