Analysis of actual land availability in the EU

Analysis of actual land availability in the EU 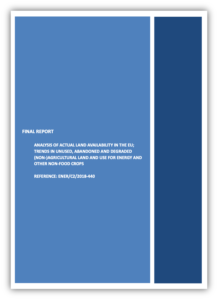 While the overall EU-28 utilised agricultural area remained stable since 2005, differences in Member States were significant. The largest declines during this period happened in Cyprus and Austria, while the largest increases were shown in Bulgaria, Estonia, Ireland, Greece, Croatia and Latvia. More precisely, arable and permanent cropland declined at EU-28 level both absolutely and relatively with an increase in permanent grassland. The latter may also be contributed to changes in the recording methodology of grasslands in 2010. 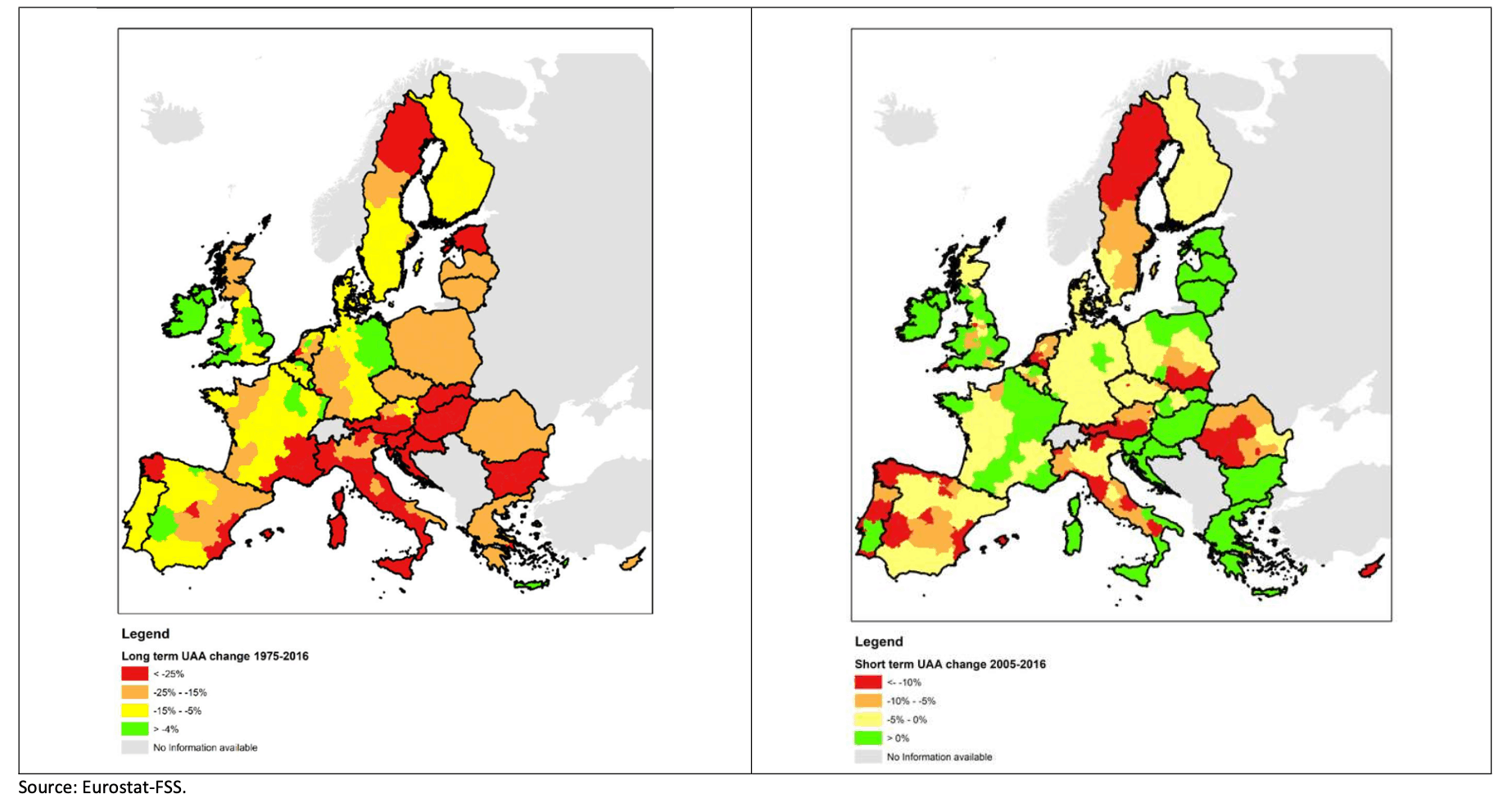 According to literature, main drivers for land abandonment were found to be unfavourable agro-ecological conditions and socio-economic drivers at farm and regional level, as well as declines in rural populations due to better employment opportunities in urban areas and declines in rural infrastructure. However, reasons are “depending on the historical, geopolitical and socio-economic context”. Policy was found to be a “less prominent driver”. Nine case studies confirmed that the socio-economic factors are mostly driving the land abandonment, such as “the profitability of holdings, the productivity of the land for crops and livestock, production costs, fragmentation of farmland and issues with land tenure and ownership”. However, the in the literature often mentioned natural constraints were not identified as main drivers in the case studies, but they contribute to socio-economic drivers and introduce uncertainty about the future due to climate change.

As data gaps and needs, the study addresses the lack of recording unused, abandoned or degraded lands. These are not mapped as precisely as other land uses. After naming challenges of detection and recording abandoned land, the study suggest usage of satellite imaging and the use of the Normalised Difference Vegetation Index (NDVI) for filling these data gaps.

Growing biomass crops for non-food purposes on unused, abandoned and degraded land was shown to generate socio-economic opportunities, such as additional and diversified income and the creation of employment and clean local energy. However, the feasibility of reusing marginal lands was doubted by some experts due to “uncertainty about the financial return of non-food crops” as the biofuel market is still not mature enough. This is especially the case for lignocellulosic crops which are most suited for abandoned and degraded lands. Technical challenges may further reduce the suitability of agricultural use of marginal lands.

The study concludes that three requirements need to be met to sustainably convert abandoned and degraded land into non-food crop agricultural land:

As final remarks, the study suggest “better coherence” between policy around the renewable energy transition and the CAP and Structural Funds, and that policies should enhance collaboration amongst sectors that do not commonly interact, but will have to interact in the future bioeconomy. Lastly, a separate certification of biomass produced on non-agricultural land is recommended to differentiate this sort of biomass which could potentially curb their production and enhance consumer trust in the sustainability of resulting biofuels.

This study by Wageningen Environmental Research was carried out in collaboration with Navigant, Institute for European Environmental Policy (IEEP), Centro de Investigaciones Energéticas, Medioambientales y Tecnológicas (Ciemat) and Energetski Institut Hrvoje Poẑar (EIHP). It is a long-term analysis of “trends in unused, abandoned and degraded (non-) agricultural land” between 1975 and 2016 for cultivation for energy and other non-food crops.