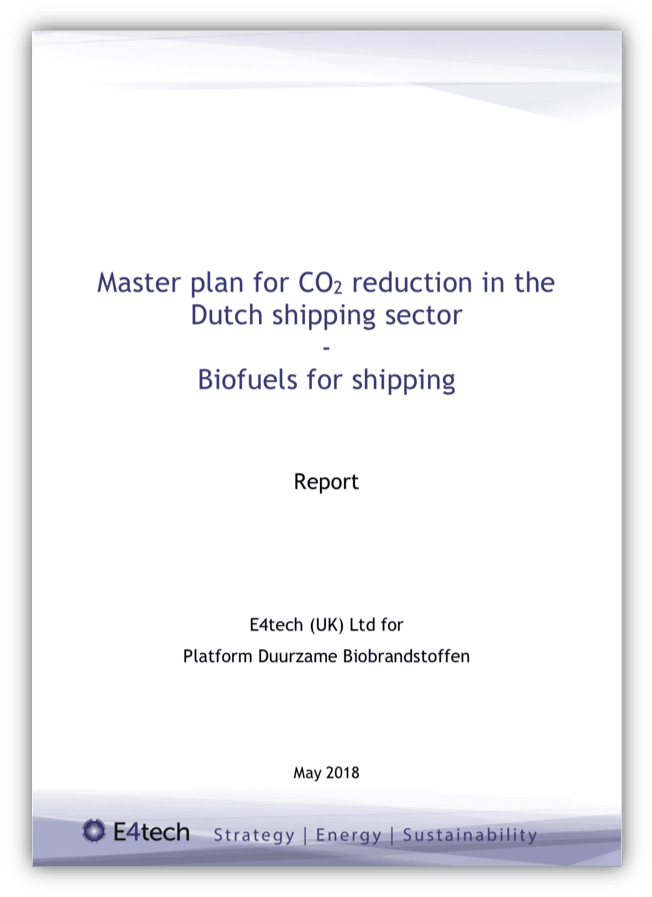 For the Netherlands Platform Sustainable Biofuels, the London-based strategy consultancy E4tech has evaluated the main biofuels that can be used for shipping today and in 2030.

E4tech’s evaluation of the main biofuels today and in 2030

The biofuels assessed include fuels produced from waste oils and fats (SVO, FAME, UCOME and HVO); Alcohols (ethanol and bio-methanol, including DME); bio-LNG, bio-CNG and synthetic diesels (FT-diesel and upgraded pyrolysis oil (UPO). Find all abbreviations explained on page 3 and 4 of the report. 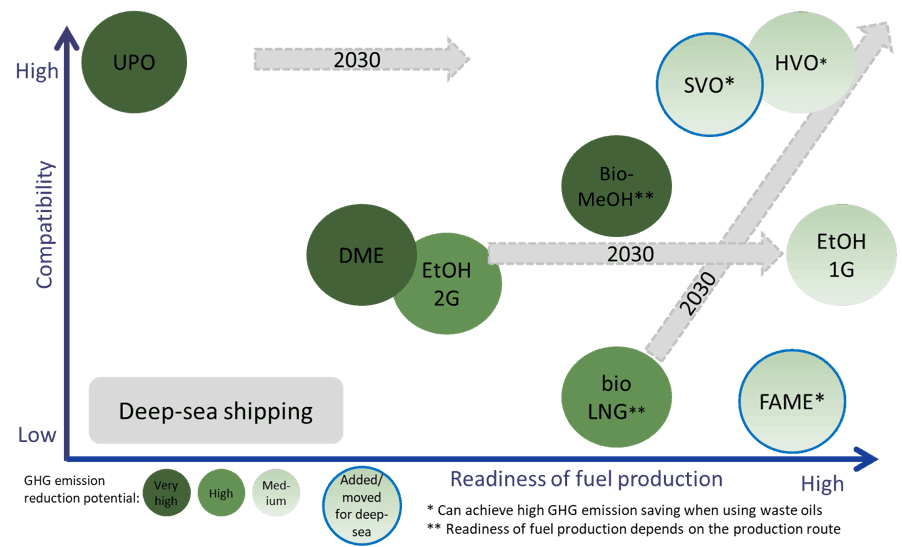