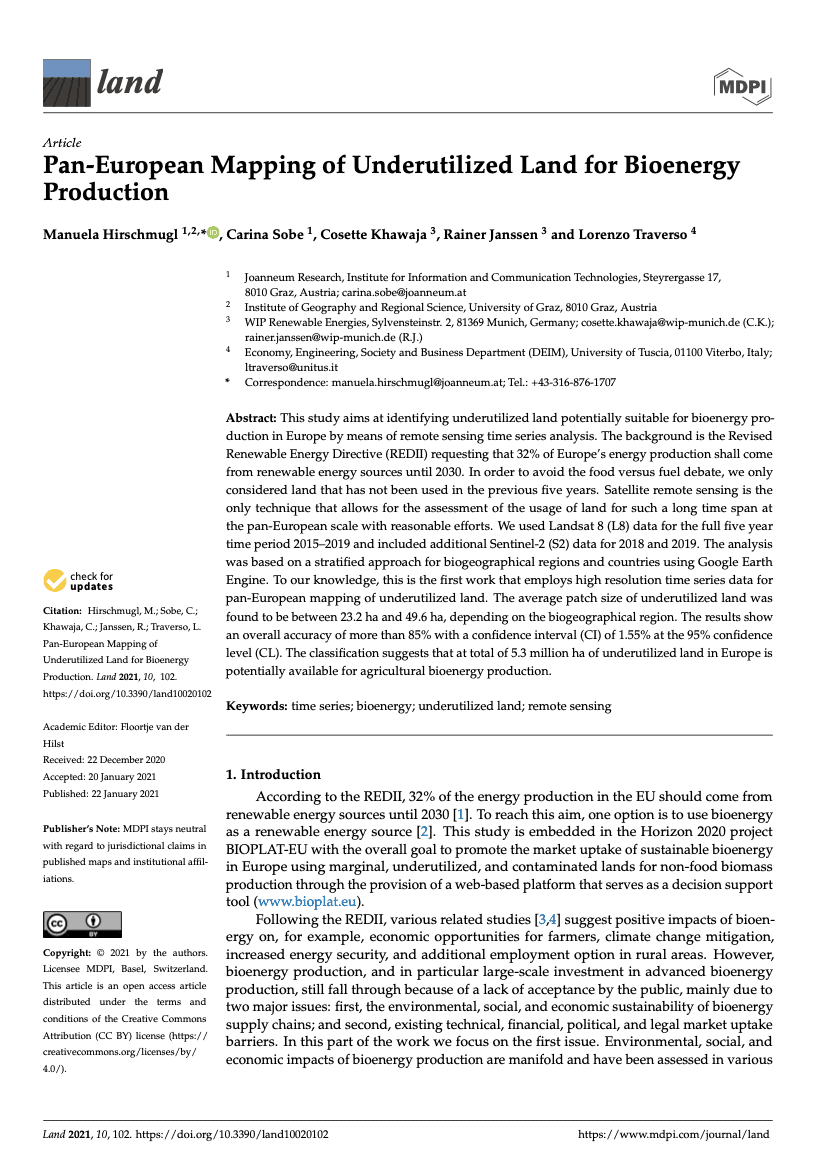 Abandoned and unused land in Europe provide the opportunity of using this land to produce biomass for green chemistry and the bioenergy sector. This will increase the share of renewable energy under the Recast Renewable Energy Directive (RED II). Growing energy crops on land that is currently not in use and that has low levels of biodiversity and carbon storage, is regarded as having a low risk of indirect land use change (ILUC). The study from Hirschmugl M. et al assesses the amount of underutilized land in Europe that is possibility suited for growing bioenergy crops. The areas selected for the research were comprised out of the EU countries plus selected neighbouring countries, de facto almost equaling the entire European continent.

Two datasets based on a Satelite Remote Sensing technique were combined to assess the change of land usage on a pan-European level: the Landsat 8 (L8) dataset and the Sentinel-2 (S2) data3set of the Copernicus program. The researchers used a stratified approach based on biographical regions of Europe, due to different effects of the climatic situations on the properties of underutilized land.

The following results were obtained: 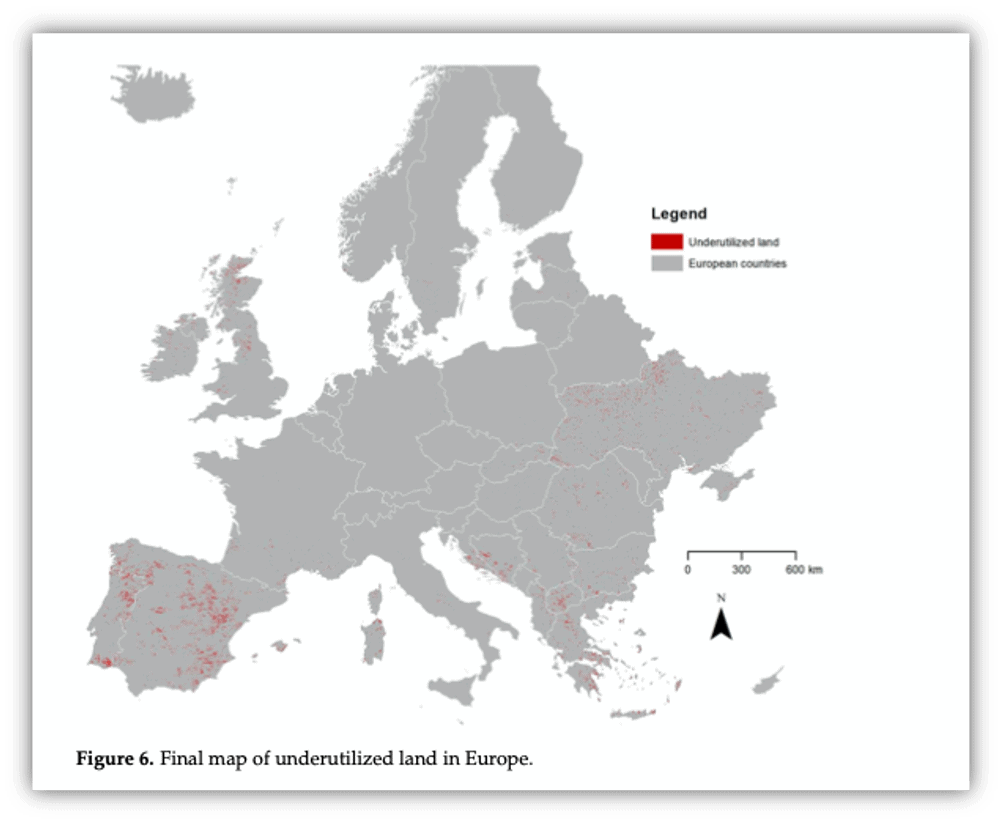 The use of Satelite Remote Sensing techniques can be useful in further research due to large continental reach and the high level of detail of the results. The study stresses the further need for research to assess the political and economic viability of utilizing unused land for bioenergy crops. New assessments of underutilized land based on advanced models that incorporate these pollical and economic factors are needed in the future.

The entire report can be found here.