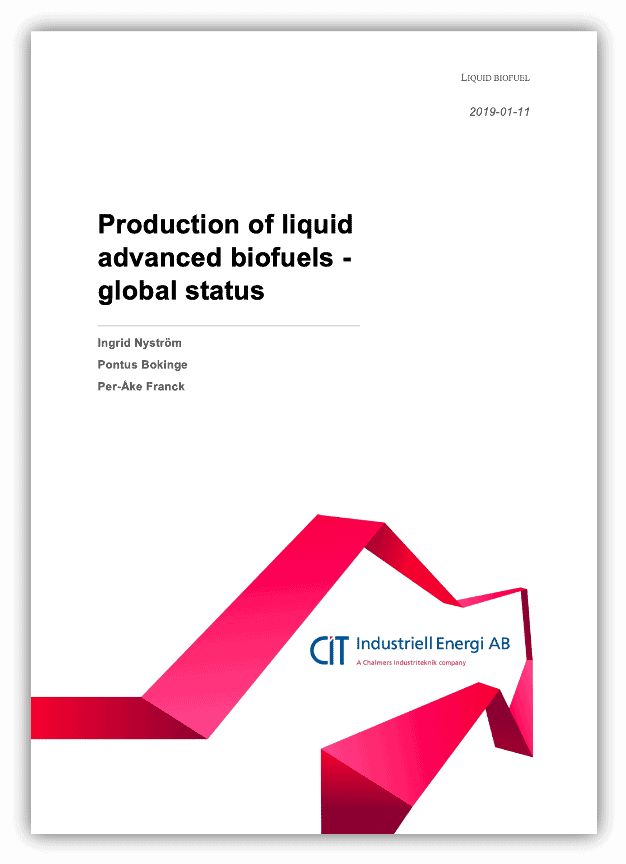 The Norwegian Environment Agency commission in 2019 a study that provides an overview of current and future global production of liquid biofuels for use in the transportation sector –  with a special focus on advanced liquid biofuels. The study is made by CIT Industriell Energi

The report provides tabels with technology-specific overviews of projects currently under development or in operation.