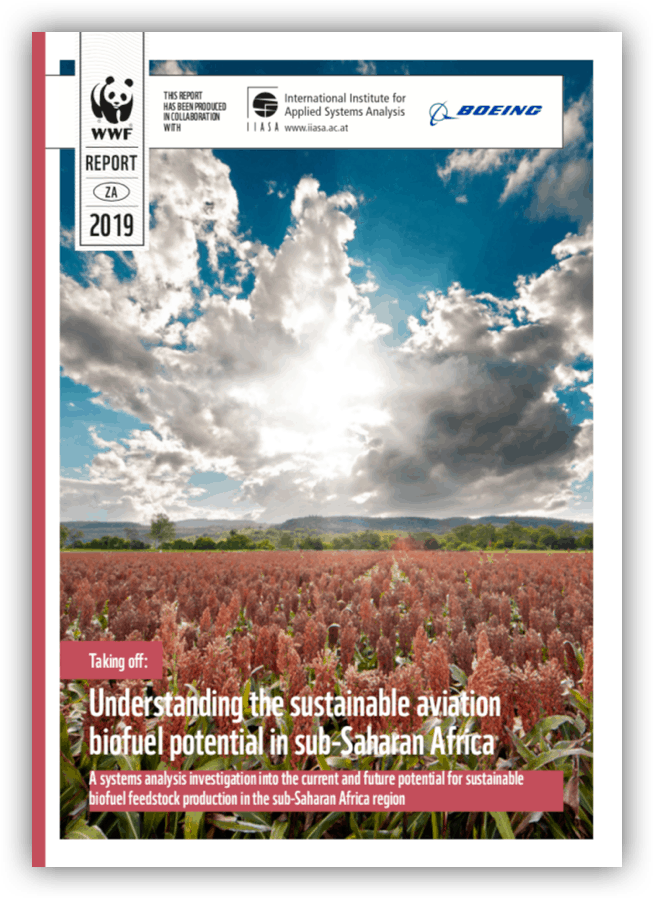 Quotes from the IIASA website on this new report:

“A new study, designed by IIASA researchers for conservation charity WWF, has found that while there is a small but not insignificant potential for the production of sustainable biofuels in sub-Saharan Africa, this should be prioritized for the aviation industry which has limited other options when it comes to reducing carbon emissions.

Among the key findings are: