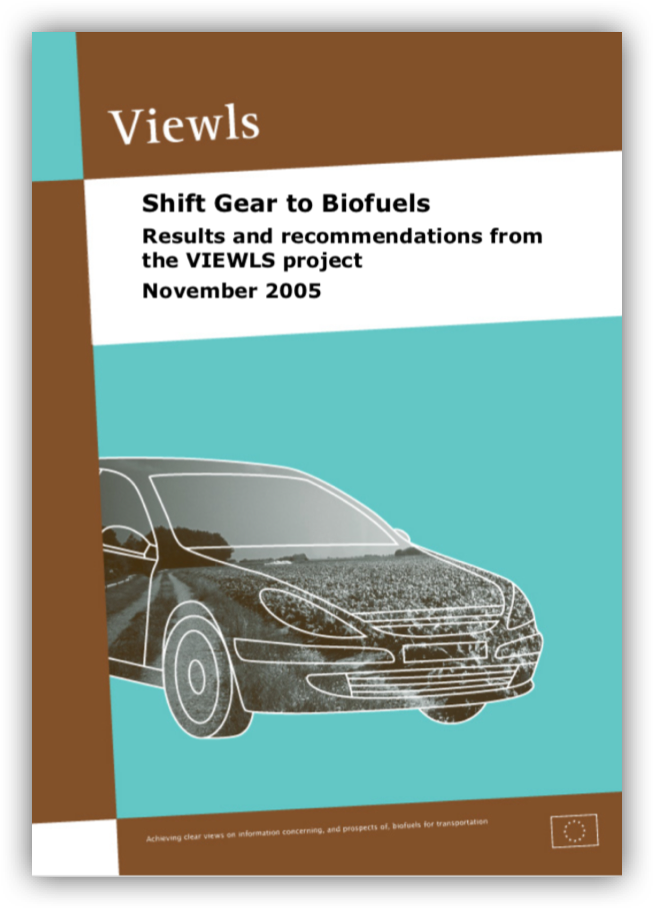 From end of 2003 until mid 2005 the “Clear Views on Clean Fuels” (VIEWLS) project was executed by 19 european organizations and scientific institutes. The project was supported by the European Commission and aimed at increasing insight about:

The recommendations were partially derived as a result of communications with representatives of the European Commission and the biofuel stakeholders in Europe. Greenhouse gas savings were estimated – at that time – at 30-50% as compared to its fossil alternative, with the estimate that next generation biofuels could even perform better. Transport costs would increase with the use of biofuels, as their production costs are higher. Particular attention was given to the assessment of the biomass production potential in Central and Eastern Europe Countries – at the time at the brink of joining the European Union.

“The potential analysis showed that, under a scenario with intensive, advanced agricultural production methods and optimal land allocation within CEEC, nearly 12 EJ could be produced from biomass in the CEEC. In most of the CEEC, the production potential is greater than the current energy use in the more favourable scenarios (such as V1). Combined with the low cost levels, this gives CEEC major export opportunities for the European and perhaps global markets. The VIEWLS project did not study the biomass production potential in Western Europe in detail, and no data are available for the different scenarios applied here to the CEEC. But an estimated 5‐10 EJ of biomass (mainly from forest residues and wastes) may be available in Western Europe (or the old EU‐15) and be added to the potential in CEEC. In total this is close to around one‐third of the EU’s energy use and larger than the current total oil imports of the EU. This order of magnitude figure makes it clear that biomass (and especially actively produced biomass from surplus agricultural land) could be a major alternative to fossil fuels in the coming decades and provides a key alternative to oil imports, since biomass is well suited to the production of transport fuels. The figures for CEEC also indicate that the indicative targets on biofuels and bioelectricity for 2020 can indeed be met, provided that coherent policy actions are taken, particularly with respect to developing perennial crop production in CEEC.”

The report can be found here.