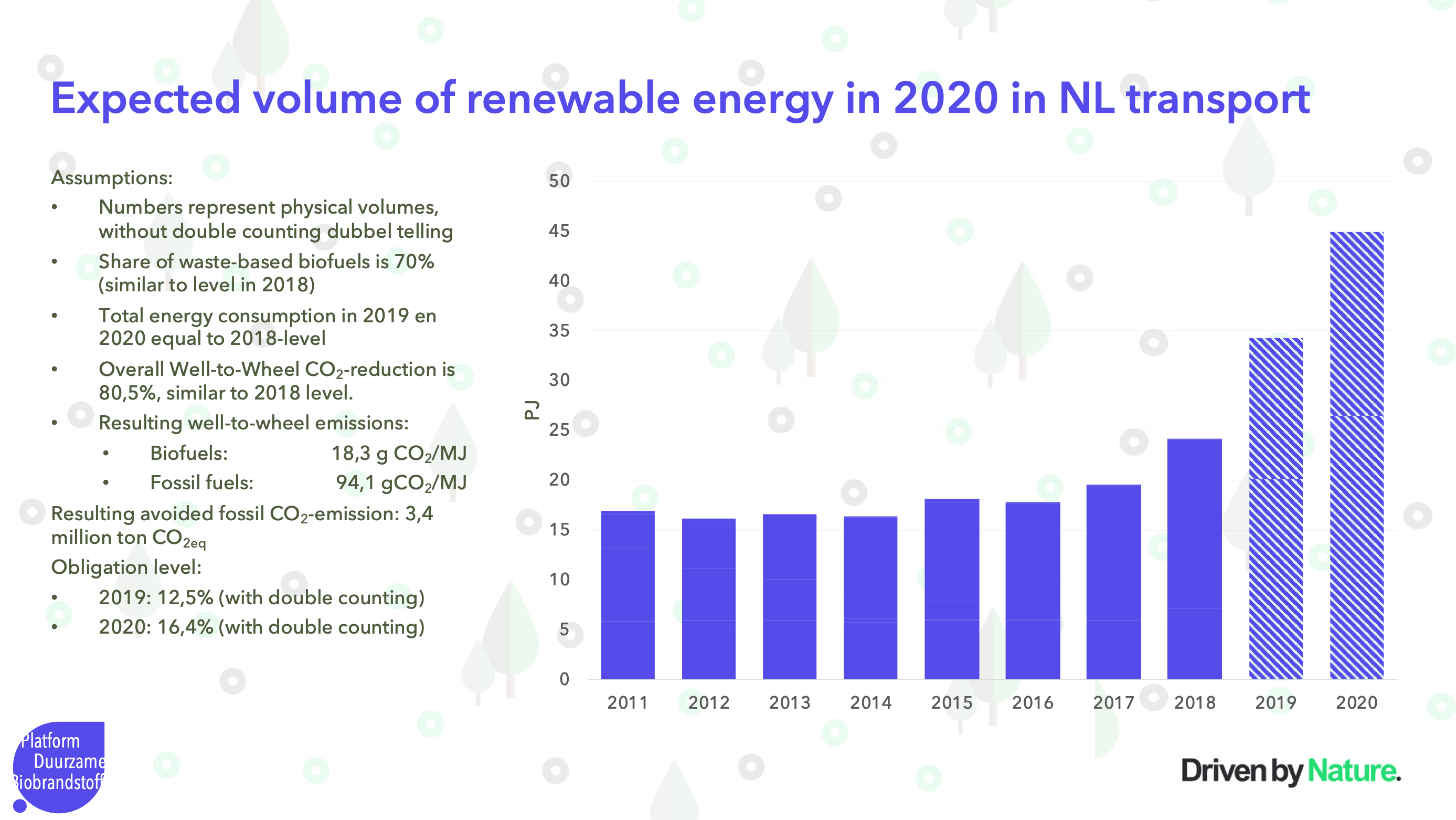 In only two years, renewable fuels in transport will grow in the Netherlands from 24 PJ in 2018 to around 45 PJ in 2020. This is the equivalent of about 1.6 million m3 of renewable fuels and will result result in 3.4 million tonnes of avoided fossil CO2-emissions in 2020.

Renewable diesel and bio-ethanol take the largest part in the renewable fuel mix, but also renewable methane, in compressed or liquified form, also known as bio-CNG or bio-LNG, will have an increasing share. The market still awaits the deployment of  biobased LPG. Although this is a technically possible green fuel option, it is not yet available on the Dutch transport market. The amount of renewable electricity in road transport in 2020 still will be very moderate (<1 PJ), even now sales volumes of electric vehicles increase rapidly.

For 2020 the following assumptions are made:

The Dutch Climate Agreements sets the goal for renewable fuels on a maximum of 65 PJ in 2030. That equals circa 5 million tonnes of avoided fossil CO2-emissions. Considering the step from 24 PJ to 45 PJ in only two years, a similar growth in volume over the next ten years can be considered as highly moderate. The pace of replacing fossil fuels in transport with renewables is slowing down in the coming decade, even with taking into account the steady increase of the number of electric vehicles.