The alternative role of hydrogen in transport

Whatever you open today: newspaper, twitter, LinkedIn, magazine – currently hydrogen is in the spotlight, often presenting it as the energy carrier of the future. The industrial sector, especially refineries and the chemical sector, is already a major consumer. The climate agreement also sees opportunities for replacing gas. For heating homes, making smart use of the natural gas network as infrastructure and then using the hydrogen to power a micro-combustion plant with a fuel cell at home.

Hydrogen is also “hot” in the transport sector, driven by the desire for “zero emissions”. The focus is now mainly on the combination of hydrogen with fuel cells. This generates electricity for the electric motor of a vehicle. It is often said that such a vehicle has a better energy efficiency than a vehicle with a petrol engine. But there are more factors playing a role in the mobility system: a) production efficiency: how much energy does it take to make hydrogen, b) material efficiency: what loading / refueling infrastructure must be built to get the hydrogen from the production site to the end user and c) cost efficiency: there are sufficient and affordable vehicles on the market.

The Dutch Platform Sustainable Biofuels, together with TNO Automotive and the H2 Platform, therefore explored in a webinar on 16 April 2020 some other options for using hydrogen as an energy carrier in the mobility system: 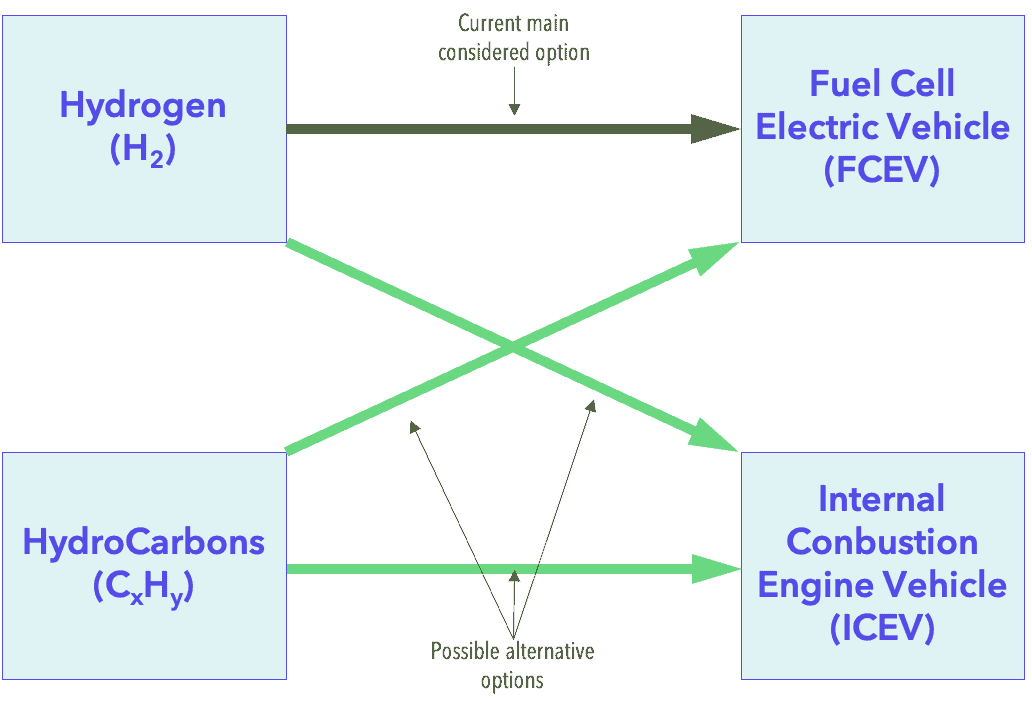 Bart Somers, Associate Professor Zero Future Fuels and responsible for the Zero Emission Lab at Eindhoven University of Technology, chaired the webinar and requested six guest speakers from Voltachem, TNO, TNO Automotive, NPS Diesel, DENS and the Methanol Institute to explore their perspectives of these other options.

Details of the webinar can be found here.

The webpage provided background of the speakers, downloads (in pdf) of the presentations and the full video registration of the webinar.

The following links will lead you directly to the section in the video of the particular guest speaker:

Hydrogen is currently mainly made in the Netherlands from natural gas (“gray” hydrogen). This has an adverse effect on the climate, due to the addition of fossil CO2 to the atmosphere. Many therefore argue in favor of switching to blue hydrogen, in which natural gas remains the source, but CO2 is captured and stored underground. From a climate perspective, ‘green’ hydrogen is of course desirable and necessary: made from renewable electricity, which still requires two essential things: sufficient extra production capacity of green electricity and conversion plants of sufficient scale (electrolysers). The question is, however, to what extent investments in blue hydrogen, which is technically a different route, will help to realize these green hydrogen investments.